Emerging Artist Bryant Lamar: 'I Want to Tell My Sons I Fought for My Dream' 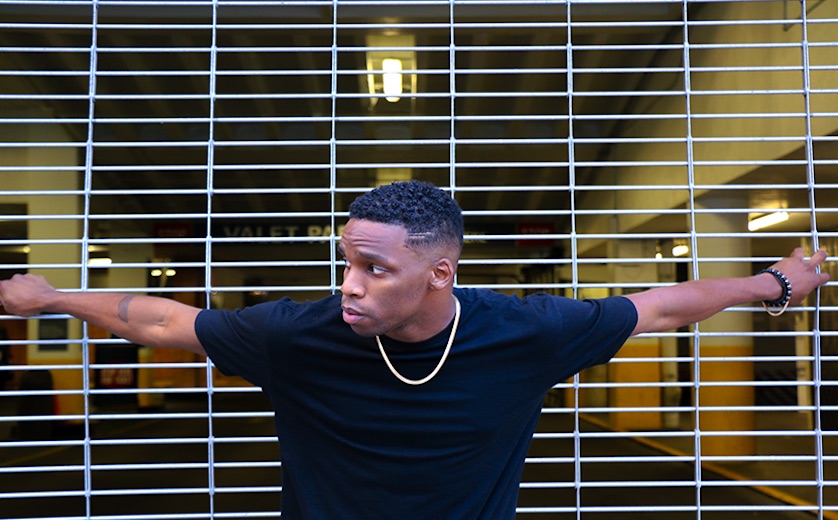 "I like to tell stories," says Bryant Lamar. "That’s what I’m doing."

After years producing for others, the emerging vocalist-producer is now focusing on his own work, starting with his newly released project Vibes. But he acknowledges this chapter of his musical pursuits was somewhat unexpected.

"In the beginning, a lot of people didn’t take me seriously, maybe because I didn’t even realize how serious it was," he says, speaking with Variance about the album. "There was a point where I thought I wanted to be a worship leader, but I’ve realized that’s not what I want. That’s not for me. And for years, I’ve thought I should just be producing for other artists."

However, an encounter with some others in the music industry inspired him to give his own music a second look.

"I went to L.A. for a couple months a couple years ago and it changed my thinking," recalls the California native, who's most recently been based in Tulsa. "My cousin was also able to make some connections for me, just different people. I ended up working in Nick Cannon’s studio—not with him, but I got to connect with his team and work there in that space. It was a great experience. They’re all solid people."

Lamar had intended to demo material for other artists, showcasing his work as a producer. But the reaction he got wasn't what he expected.

"They were supportive but they were like, ‘We’ve already got an artist [like] Justin Bieber or Ariana Grande,'" he says of the meeting. "They go, 'What else you got?’ So I showed them my stuff, things I was working on and wasn’t really thinking of showing anyone at the time—maybe ever. And they encouraged me to focus more on myself as an artist. It really inspired me."

While he might be relatively new to the broader hip-hop scene, Lamar sees the big picture: "I want to tour, I want to make albums, I want to sell merchandise," he says. "I want all of that—TV, radio, everything."

And despite his newcomer status, he believes thinking big is vital to the formula for success, even as he admits he's still figuring out the right mix for his own career.

"I know it would sound arrogant to say I’m up there with Kendrick Lamar or Kanye West," he says, cautiously, before continuing: "I’m not saying I’m better than those guys, but I think I’m finally feeling confident enough to say, ‘Put me on next.’"

The married father of two admits it's not always easy to stay focused on his goals, while juggling responsibilities as a husband and parent, but he says the challenges have actually made him more determined.

"I’ve got two sons and there’s no way I’d feel right telling them, ‘Pursue your dreams, son,’ when I didn’t do that—when I gave up," he says. "Music is my dream. And I want to tell my sons I fought for my dream."

He also recalls the words of a former mentor. "He told me I could do anything I wanted in music, except singing," says Lamar, pointing out his frustration. "I appreciate the optimism, but you can't box me in like that. It's just motivation, though. Because I’ve never liked being told what I can or can't do." ■

Vibes is out now on Apple Music, Spotify and other digital platforms. For more on Bryant Lamar, check out his Facebook page.