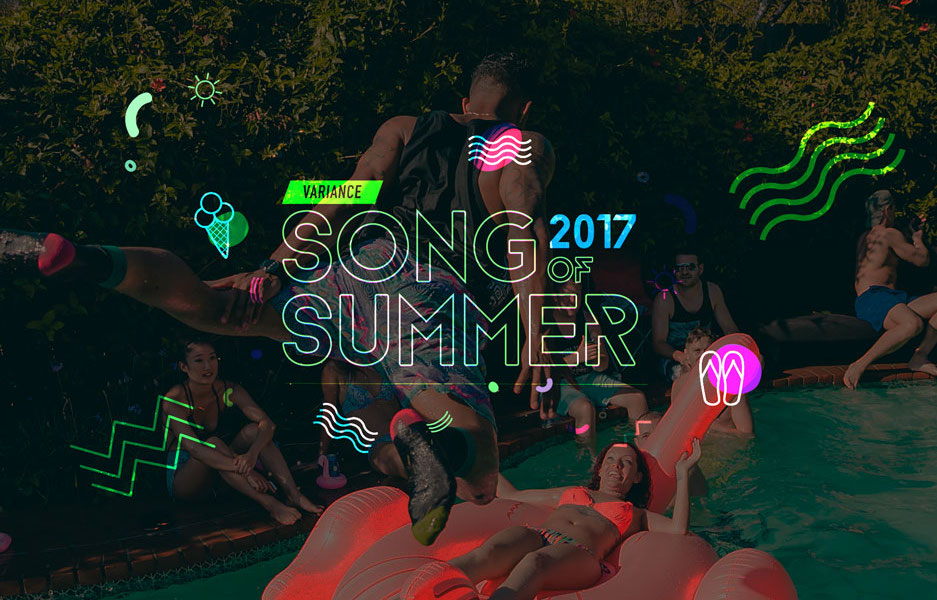 As many of us are now soaking up the sun and spending hot afternoons by the pool, it's time once again for Variance's Song of Summer poll, our sixth annual survey.

This year's longlist of nominees includes a number of obvious favorites, such as DJ Khaled's star-studded "I'm the One," Drake's "Passionfruit" and Calvin Harris' Frank Ocean and Migos-assisted "Slide," the latter of which seems to have been crafted especially for summer listening.

There are also some recent earworms, perhaps not necessarily seeking to dominate radio airwaves, which are still undeniable hits. Among them are Kendrick Lamar's "DNA.," Paramore's "Hard Times" and HAIM's "Want You Back."

And then we have some surprises, such as Luis Fonsi and Daddy Yankee's "Despacito," which has skyrocketed following a Justin Bieber guest feature; rising star Sigrid's "Don't Kill My Vibe," which is suddenly successful internationally; Carly Rae Jepsen's surprise official release "Cut to the Feeling"; and Portugal. The Man's "Feel It Still," which has topped alt radio.

As in past years, readers will vote for their favorite entry (or nominate their own selection) now until Aug. 3. If a reader-nominated title reaches 3% of the total vote prior to July 3, it will be added to the poll. The 2017 Song of Summer will be announced after Aug. 7.

In addition to the poll, each voter may enter for the chance to win two (2) three-day passes for Life Is Beautiful Music & Art Festival, Sept. 22-24, in Las Vegas, Nevada. A valid email address must be submitted to qualify. Entrants are limited to one vote and one entry per day.

By entering this contest, you acknowledge you are subscribing to Variance's mailing list and may receive future email communication. If you have questions related to this giveaway, please email us This email address is being protected from spambots. You need JavaScript enabled to view it..

Hear the Song of Summer nominees below, in alphabetical order, followed by the poll.

Calvin Harris - Slide (feat. Frank Ocean & Migos)
The song was destined to be a Song of Summer contender. And it's impossible to ignore.

DJ Khaled - I’m the One (feat. Justin Bieber, Chance the Rapper, Quavo & Lil Wayne)
There's a reason it went straight to No. 1 after its release, because it's a poolside necessity.

Drake - Passionfruit
It might not blitz the charts like "Hotline Bling," but this breezy cut is a summer staple.

Future - Mask Off
The ATL rapper is here to soundtrack all your escapades like a summer blockbuster thriller.

HAIM - Want You Back
The lead single from the sisters' sophomore album is easily deserving of many plays this summer, fall, winter...

Halsey - Now or Never
While it might not be be right for weekend cookouts, it really lights up after dark.

Kendrick Lamar - DNA.
A versatile track perfect for crushing a workout, driving with the windows down and whatever else you need to get fired up about.

Paramore - Hard Times
The tropical lead single from the band's newly released After Laughter is one of several gems on the album, but it's definitely a favorite.

Phoenix - J-Boy
This shiny treat is simply too perfect not to be on any summer playlist.

Portugal. The Man - Feel It Still
Dripping in political overtones as it may be, it's one of the most infectious songs released this year.

Sam Hunt - Body Like a Back Road
While this tune arrived in the thick of winter, it clearly saw summer drives and backseat shenanigans on the horizon.

Sigrid - Don’t Kill My Vibe
This one may not burn up the dance floor but as it continues to catch fire globally, we couldn't resist its worthiness to be included amongst this list of summer faves.

Tinashe - Flame
Another absolutely underrated song, this simmering track deserves to be a hit.