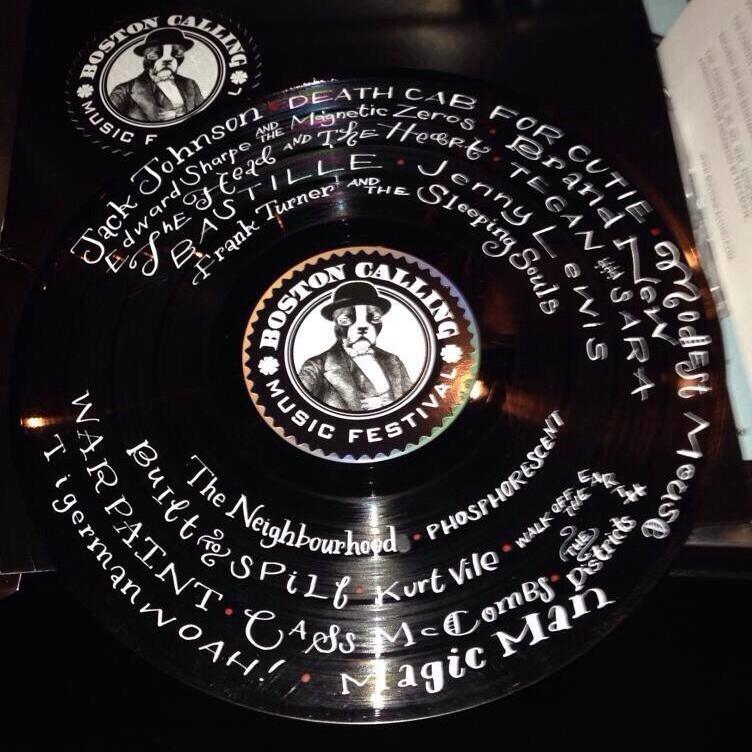 After releasing a handful of vinyl records with the names of this year's performers, Boston Calling Music Festival's 2014 lineup is complete.

The three-day event in Boston will be headlined by Death Cab for Cutie, Modest Mouse and Jack Johnson. Others on the roster include Jenny Lewis, The Neighbourhood, Tegan and Sara, The Head and the Heart, Brand New, Kurt Vile, Phosphorescent, Bastille, Frank Turner and more.

The lineup was revealed by fans who found the records and then took to social media to post their findings, with festival tickets as their prize.