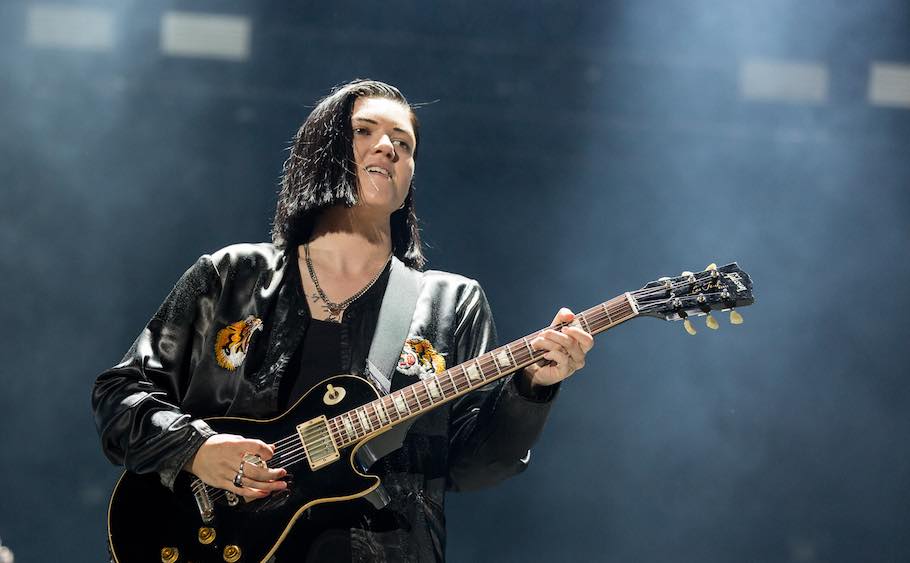 Photo of The xx's Romy Madley, by Dan DeSlover
—

The third day of Lollapalooza was a busy one, with Chance the Rapper's looming headlining performance seemingly hovering over Grant Park.

But the hours leading up to the big moment were full of some of the weekend's best moments, with performances from the likes of The Shelters, Michael Christmas, Blossoms and Jacob Banks shining in the early time slots.

Fresh off the release of his amazing debut album, Portland rapper Aminé successfully owned the Pepsi stage with an early afternoon set, while Warpaint soared over at the Grant Park stage, delivering one flawless cut after another.

On the BMI stage, 888 and Colony House offered some of the best performances that stage has seen this weekend, with the latter delivering a truly electric set worthy of much larger venues to come. Both acts have steadily risen to become alternative favorites and their performances were proof this won't be their last visit to Grant Park.

Meanwhile, it was two Variance favorites—Glass Animals and Russ—who offered up the best late-afternoon sets. Sure, Glass Animals seems to always put on a spectacular show, but their Lolla performance never seemed to dip below 11 in quality and intensity. Frontman Dave Bayly is an absolutely mesmerizing performer.

Over at the Pepsi stage, Russ performed for a crowd overflowing into the street and apparently stocked with hardcore fans, as onlookers even climbed the trees hoping for a glimpse of the fast-rising emcee, who recently released his excellent debut album.

Serving as the de facto opening act for Chance on the Grant Park stage, Alt-J attracted a rather large audience and they sounded consistently sufficient, but as the show went on, it felt tired, as if the trio was only half there.

21 Savage also had a rather enormous crowd at Perry's and he offered a riveting show—during the time he was on stage. Unfortunately, he disappeared somewhat abruptly with 15 minutes left in his time slot.

As the sun went down, however, the sets improved, with BANKS making her Lolla return with a more crisp, polished sound and a more confident stage presence. Throughout her hourlong set, she strutted across the stage and interacted playfully with her mic stand, as she cooed and offered slick live renditions of her many fan favorites.

Opposite Chance the Rapper at the Bud Light stage, The xx proved to be worthy headliners, with a glistening set treating fans to a number of cuts from their three-album catalog.

But it was Chance who most certainly owned the night, making a grand entrance and greeting his hometown, explaining to the crowd he didn't want his set live streamed because it seemed more appropriate that it be "just me—and Chicago." The crowd roared.

Speaking of the audience, it was enormous, stretching across Grant Park past Lake Shore stage and overflowing into the streets. It was certainly tens of thousands and perhaps the largest Lolla crowd ever, with some estimates suggesting there may have been nearly 100,000 trying to get a glimpse of the beloved emcee. (Lolla officials tell Variance there isn't an official tally, but we'd safely guess it was more than Donald Trump's inauguration.)

Crowd size aside, Chance raced through hit after hit, with a sea of fans singing along. And while he did stumble a few times, asking the band to restart and pausing to briefly recharge, there's simply no denying the breadth of this moment, with the city of Chicago looking on as its prince became a king.

See select photos from Day 2 of Lolla below and follow our 2017 coverage here. Photos by Dan DeSlover, unless otherwise noted.