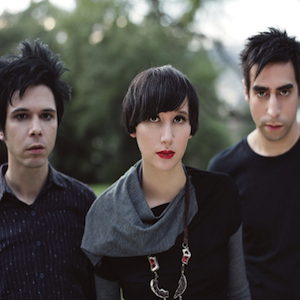 As part of a series of hints that they are about to release a new album, Yeah Yeah Yeahs premiered two new songs at a Pamona, Calif., show. The career-spanning performance at the 800-capacity Glass House was a rare sighting of the band, which is preparing for an upcoming Australian tour.

The first clues of a new album—which would be YYY's first one in four years—surfaced following the band's Hurricane Sandy benefit performance, where the band performed the new track "Despair." The new LP is said to be due this spring.

Watch them perform the new songs below. The first is said to be called "Suck Young Blood."