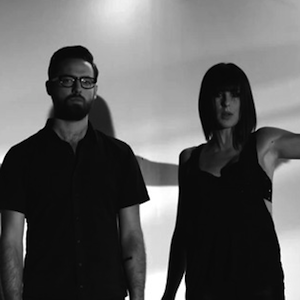 In the belated new video for their hit single "Don't Move," Phantogram's new clip centers around a woman followed by some mysterious figures and ominous cube. The video is directed by Will Joines and John Carter.

The electro-pop duo is currently touring in Europe with Poliça, and they have maintained throughout the latter part of this year that they are working steadily on their next album. "Don't Move" is off their 2011 EP Nightlife.