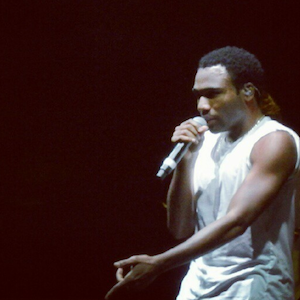 This year's Austin City Limits Music Festival proved to be one of the most successful to date. Hosted on the grounds of Zilker Park, the final one-weekend event (2013 will be stretched to two weekends) included a full roster topped by The Red Hot Chili Peppers, Neil Young and Crazy Horse, The Black Keys, Jack White, Florence + The Machine, The Avett Brothers, AVICII, BASSNECTAR and The Roots.

As you know, we covered the entire event from Friday, Oct. 12, through Sunday, Oct. 14., providing live tweets, interviews and photos all day/night. But here are some of the highlights:

SUNDAY (Day Three)
The final day of ACL kicked of with British indie rockers ∆ (Alt-J) unleashing an energetic set. Our recent FutureSounds pick, they are rising quickly in the U.S., with "Tessellate" being one of their frontrunning tracks. Next, Kimbra performed (her solo set) and drove the enormous crowd wild with her undeniable stage presence. No, seriously, she commands the stage. If we were handing out awards, the flamboyant 22-year-old would get the one for best stage presence. Dressed in a pink pon-pon-like top and similar oversized grass-green skirt, she made certain all eyes were on her from start to finish, delivering a breathtaking performance.

Next, we were there as the band Stars played for an oversized crowd. The band's own "rising star" was noted as energetic fans seemed to chant the words of songs like "Backlines" and "Hold On When You Get Love And Let Go When You Give It." Austin-native Gary Clark Jr. (in the October issue) gave a commanding bluesy rock show. (He is frequently referred to as this generation's "savior of blues," and he certainly didn't lose any credibility with his stirring, soulful performance.) He played opposite of another previously-featured band NEEDTOBREATHE, who gave a powerful performance before a crowd of thousands at the main stage. They always do. Performing such riveting hits such as "Keep Your Eyes Open," "Slumber," and "Drive All Night," the crowd was singing along enthusiastically as Austin's Zilker Park echoed sounds of South Carolina's southern rock champions. (Watch them perform "Devil's Been Talkin'.")

Polica also gave a great performance, as well as Bad Books simultaneously. The former played a tight set with vocalist Channy Leaneagh making witty remarks between songs, while the latter seemed more spontaneous as Andy Hull and Kevin Devine joked around and carried on conversation with members of the audience. The audience gathered for each, however, enjoyed the respective shows. Polica maintained that electronic vibe with slight R&B sounds that have become their signature sound, while Bad Books kept it upbeat, introducing new fans to songs off their new record II.

The Civil Wars later took over the AMD stage, performing in front of over 25,000 people -- they later announced that this was their largest crowd to date, and very much deserved. This was one of the duo's first performances since hitting the road again following Joy Williams' maternity leave. We first saw Williams and John Paul White perform in front of a crowd of 200 about two years ago, and to see how they still maintain such an intimate-feeling show for thousands of fans, it's incredible. They are currently hard at work on their second album, with a European tour that will keep them out of the States through year's end.

The Lumineers -- whose song "Ho Hey" recently went platinum -- were assigned to a smaller stage, but their audience easily exceeded allowance as the crowd began to bleed into pathways, causing dangerous congestion that literally left Festival attendees at an impasse. It was great for the band, but it was probably one of the only blemishes on an otherwise well-organized event. The Lumineers kept their audience animate until they erupted in chorus within a microsecond of the start of "Ho Hey." Whether you were intentionally nearby or just stuck trying to get to the beer tents, you heard the absolute perfect example of an audience singing along in sync with a band -- word for word. It was unreal. It's quite possible this band's true potential has been underestimated.

Two Door Cinema Club, fresh off their recent release of Beacon, attracted a pretty massive crowd at the Bud Light stage. They performed several fan favorites, but also made sure to play plenty of selections off the new album. Vocalist Alex Trimble kept things light-hearted in between songs, recognizing that this crowd was full of serious fans. Extraordinary show from the boys out of Ireland. As we mentioned on Twitter, they also gave a private acoustic performance of "Sleep Alone" in the press lounge. (Two Door talked to us in the new issue.)

Next up were The Avett Brothers, one of the year's biggest bands (also featured in this month's new issue). Playing the same stage Gary Clark Jr. and The Civil Wars played on earlier in the day, the Brothers carried on the trend of homegrown, authentic-sounding tunes. They captured the audience perfectly as they charged through a lively set. Many in the audience commented that it was one of the best sets of the weekend. We'd have to agree.

Crystal Castles, an electronic fan favorite, gave an effectual performance that included singer Alice Glass performing multiple songs from the audience and while crowd surfing. Then came indie rapper Childish Gambino (also known as Donald Glover from NBC's Community), featured this past summer in Variance. This was easily one of the best performances of the weekend and probably our favorite, as the crowd was glued to him the entire time. At one point, he challenged the crowd -- already hyped up -- to step it up even more, explaining, "This isn't an Adele concert." He then proceeded into his remixed version of the British singer's "Rolling In The Deep." One high point was as he performed "Freaks and Geeks," a song that has resonated with fans since he first released it last year. In every one of his performances of that song, the crowd sings along just a little bit louder, almost acknowledging it as an anthem for Gambino's fan base.

The finale was Red Hot Chili Peppers, bringing everything to a close on the Bud Light stage come nightfall. They performed many of their hit songs for a crowd that, according to estimates, was more between 75,000 and 100,000.