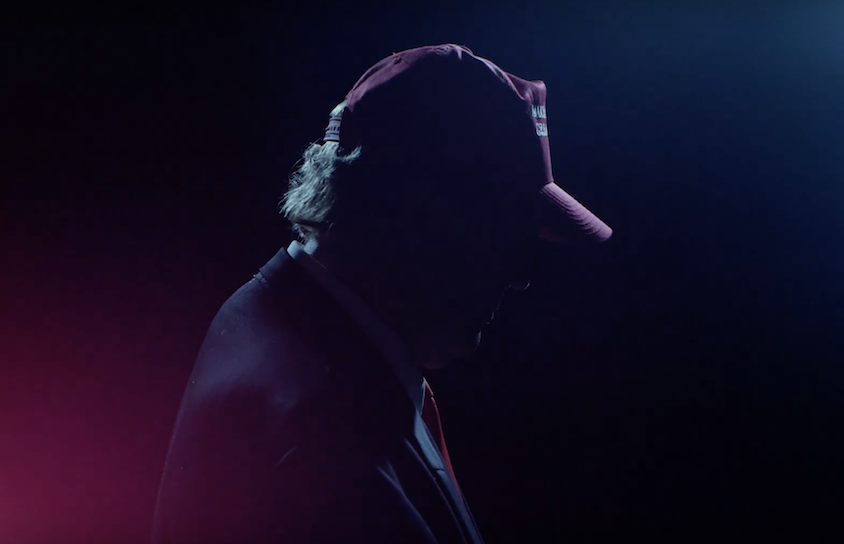 Death Cab for Cutie has shared a new poetic anti-Donald Trump song called "Million Dollar Loan," a nod to the sexual predator and alleged billionaire's "small loan" from his father to start his fortune.

The song, which arrived Monday, is the first of a "30 Days, 30 Songs" campaign bringing musicians together to release new material in hopes of a "Trump-Free America."

A new song will be released every day now until the election (Nov. 8), with the first week featuring music from Jim James of My Morning Jacket, Aimee Mann, Thao Nguyen, clipping., Bhi Bhiman and a previously unreleased live R.E.M. song.

"While campaigning in New Hampshire last year, [Trump] attempted to cast himself as a self-made man by claiming he built his fortune with just a 'small loan of a million dollars' from his father," Death Cab's Ben Gibbard said today in a statement. "Not only has this statement been proven to be wildly untrue, he was so flippant about it. It truly disgusted me."

Gibbard went on to add: "Donald Trump has repeatedly demonstrated that he is unworthy of the honor and responsibility of being President of the United States of America, and in no way, shape or form represents what this country truly stands for. He is beneath us."

Watch the video for "Million Dollar Loan" below.

Listen to Jeremy Zucker's emotional new single 'Cry with you'

Pharrell announces comeback of Something in the Water Festival