LISTEN: The Real Version of 'Get Lucky' by Daft Punk 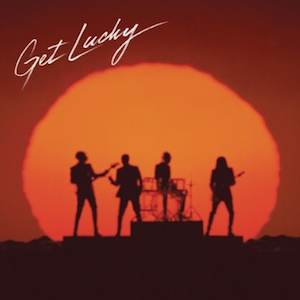 There has obviously been a plethora of fake Daft Punk tracks blowing up the Internet since last weekend's Coachella teaser, but the real version of "Get Lucky" has finally arrived.

Sonic 102.9 on Wednesday shared a so-called “radio edit” of the track before finally removing it, but Dutch radio network 3FM subsequently debuted a similar version, although neither versions were confirmed.

Amazon this week also unveiled the artwork (seen left) for the track, which will be included on the duo's Random Access Memories, due out May 21 via Columbia. Click here to pre-order.

The new track, featuring Pharrell Williams and Nile Rodgers, is now available to purchase from iTunes and Amazon.