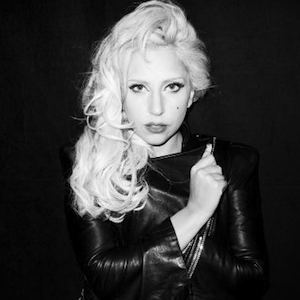 Lady Gaga released to fans Wednesday the cut of "B----, Don't Kill My Vibe," her collaboration with rapper Kendrick Lamar that unfortunately did not make his good kid, m.A.A.d city album due to deadlines, according to Lamar himself: “That situation was a deadline situation. We had to meet these pre-orders. I was frustrated about it. My team was frustrated about it, but at the same time, we had to move forward.”

The album version of the track features only Lamar's vocals, instead of Gaga's voice on the chorus.

Gaga previously explained that another track she and Lamar worked together on, "Partynauseous," was cut because of creative differences she had with his label, not with the artist. “When I collaborate with an artist I work solely with them, not with their camps or management," she said. "It's purely organic and creative. I love Kendrick dearly as a friend, but was not willing to compromise musically to the changes his team was making to my music.”

Listen to Gaga's unreleased version of "Vibe" below: