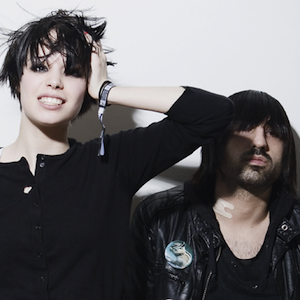 Ahead of their upcoming album release, Crystal Castles have debuted a new track, this one titled "Affection." The new song comes after a recent interview in which vocalist Alice Glass took issue with pop stars like Katy Perry.

Speaking with NME, Glass observed: "I think a lot of kids are more sexualized now than they were years ago, and I'm not sure it's a coincidence," she says. "Like f---ing Katy Perry spraying people with her f---ing d---, her f---ing c-- gun coming on f---ing children. And little girls, like 6-year-old girls wearing a shirt with 'I wanna see your [pea] cock' on it."

She added: "Don't encourage little girls to get dressed up, to have cupcakes on their t--- to get people to lick them off, 'cause that's what you're insinuating."