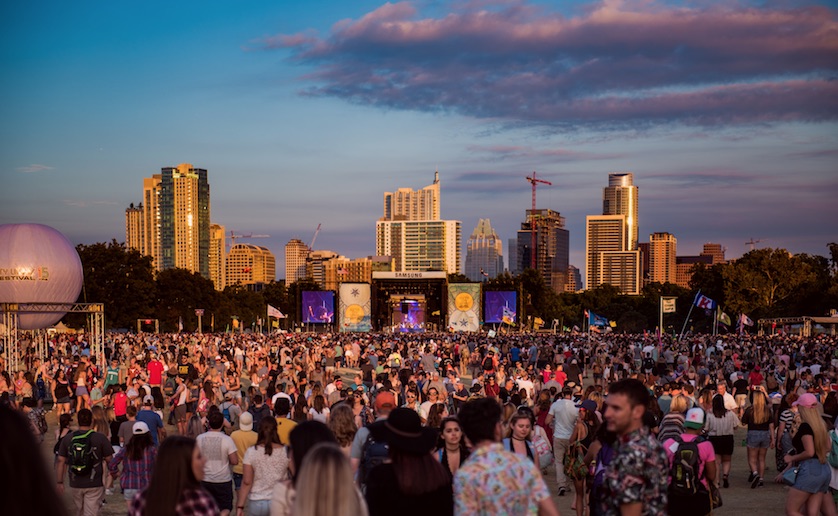 Just days away from the start of its 2017 edition, Austin City Limits Music Festival is assuring fans "safety has always been our top priority."

"Our thoughts and prayers are with our colleagues and everyone in Las Vegas who was affected by this terrible tragedy," festival organizers said in a statement late Monday afternoon.

The statement went on to emphasize: "Our staff and security team works year-round with the Austin Police Department, Austin Fire Department, Austin-Travis County EMS, and other authorities to plan and rehearse security and response plans. Over the years, tighter security measures have been implemented at ACL including a layered security plan that includes elements that are seen and unseen, as well as pat downs, bag searches and size limits, and an enhanced security and law enforcement presence inside and outside the festival."

ACL headliners The Killers, who are from Las Vegas, tweeted this afternoon, "We've got heavy hearts. We love you, Las Vegas." Fellow headliner Chance the Rapper, who just performed at Life Is Beautiful Festival last weekend in Vegas, tweeted shortly after news broke early Monday, "Lord help us."

At press time, at least 58 people had died and another 527 were injured at the Route 91 Harvest country music festival when a gunman opened fire on attendees from the 32nd floor of the nearby Mandalay Bay Hotel.

This year's Austin City Limits Music Festival is set for Oct. 6-8 and Oct. 13-15 at Zilker Park in Austin, Texas. In addition to The Killers and Chance, the likes of Jay-Z, the Red Hot Chili Peppers, Gorillaz, Martin Garrix, The xx, Ice Cube, Ryan Adams, Solange, Run the Jewels, Foster the People and others will all be performing.

In photos: Arcade Fire brings their 'WE' tour to Chicago's United Center

Phony Ppl have your weekend covered with their new album 'Euphonyus'

The Wombats close out the year with colorful 'Is This What It Feels Like To Feel Like This?' EP